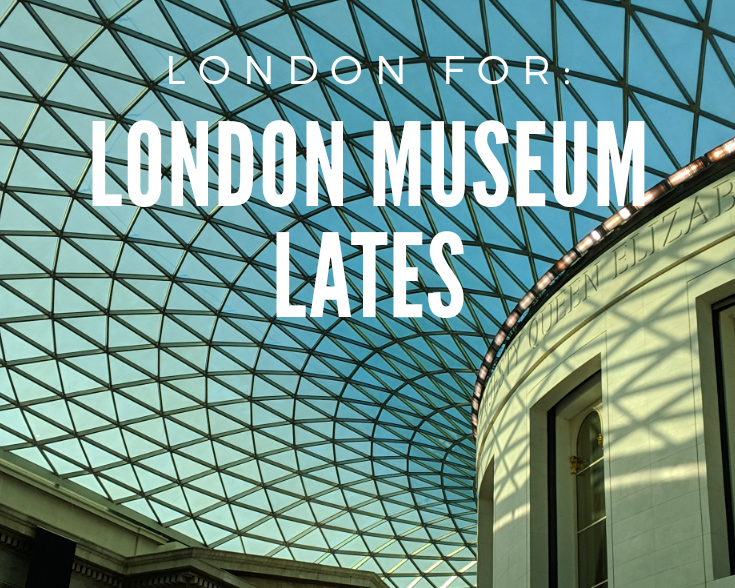 London has loads of museums, let’s face it. Those of us that live here are privileged that many of them are completely free to visit too. But how many of us actually do? A few years ago museums started putting on adult-only events in the evenings, with alcohol. The millenial’s dream, so here is our round-up of the best London Museum Lates and when they are on.

We love the chance to explore museums in London, and after-hours makes it all the more exciting, we even managed to get to Kew Gardens after hours for the Orchids last year!

It’s not a regular occurrence but every so often, particularly when they have a new exhibition, Dulwich Picture Gallery have their very own London Museum Lates. Themed nights with talks and workshops, and a pop-up cocktail bar with topics that range from artists to social media. It’s free but you need to secure your ticket online 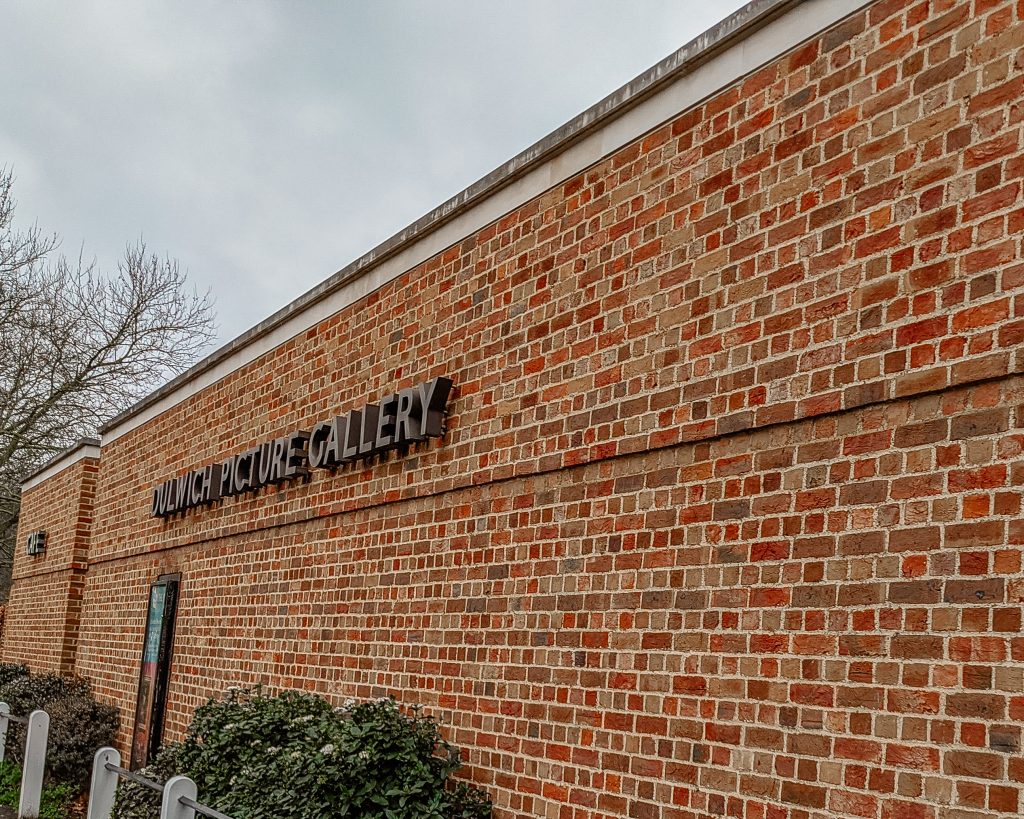 The National Gallery, in the heart of Trafalgar Square is not the millenial’s first choice of gallery, but they’re open late every Friday, so it should be! Open until 9pm, with talks and workshops as well as the opportunity to walk around the collection with a little more peace and quiet; guided tours, life-drawing classes, live music and late exhibition openings. They have even, in the past, had the RCM play music in response to paintings in the collection. 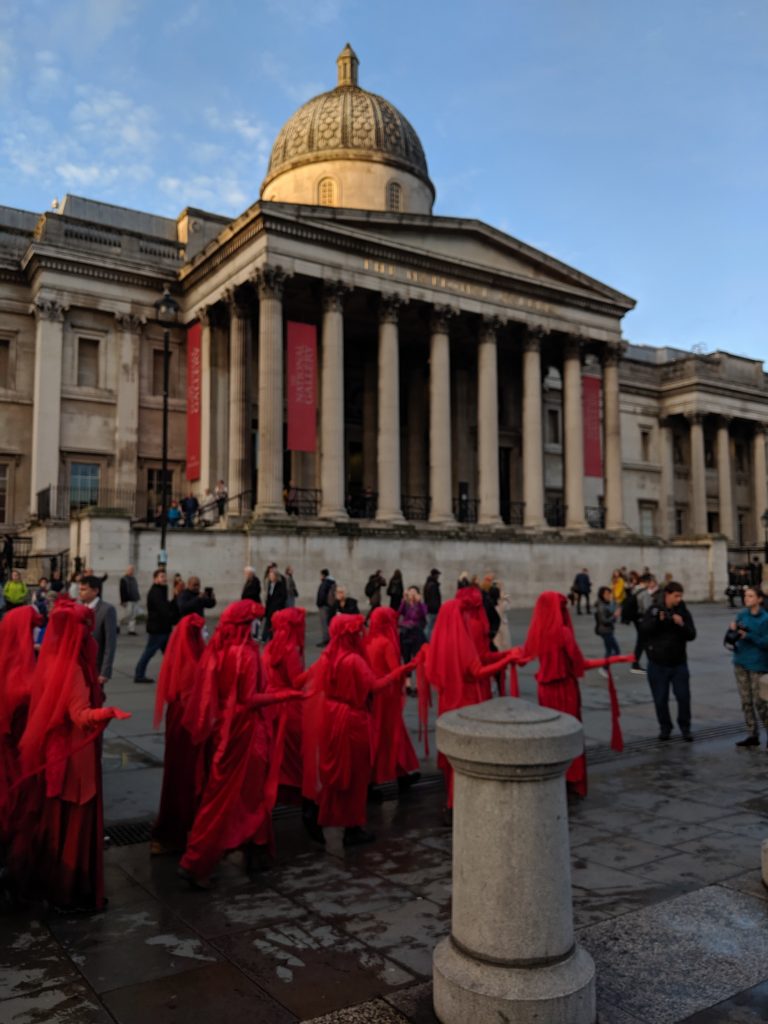 The National Portrait Gallery, not to be confused with the National Gallery, above, but in a similar location. This London museum lates is weekly, and is one of the most creative spaces of all of them. From life drawing to talks, workshops to film screenings, it’s an inspiring place to be. There’s often music inspired by the exhibitions and refreshments can be bought. You can find out whats on each week here and if it doesn’t tickle your pickle then just have a look around the galleries after hours instead! 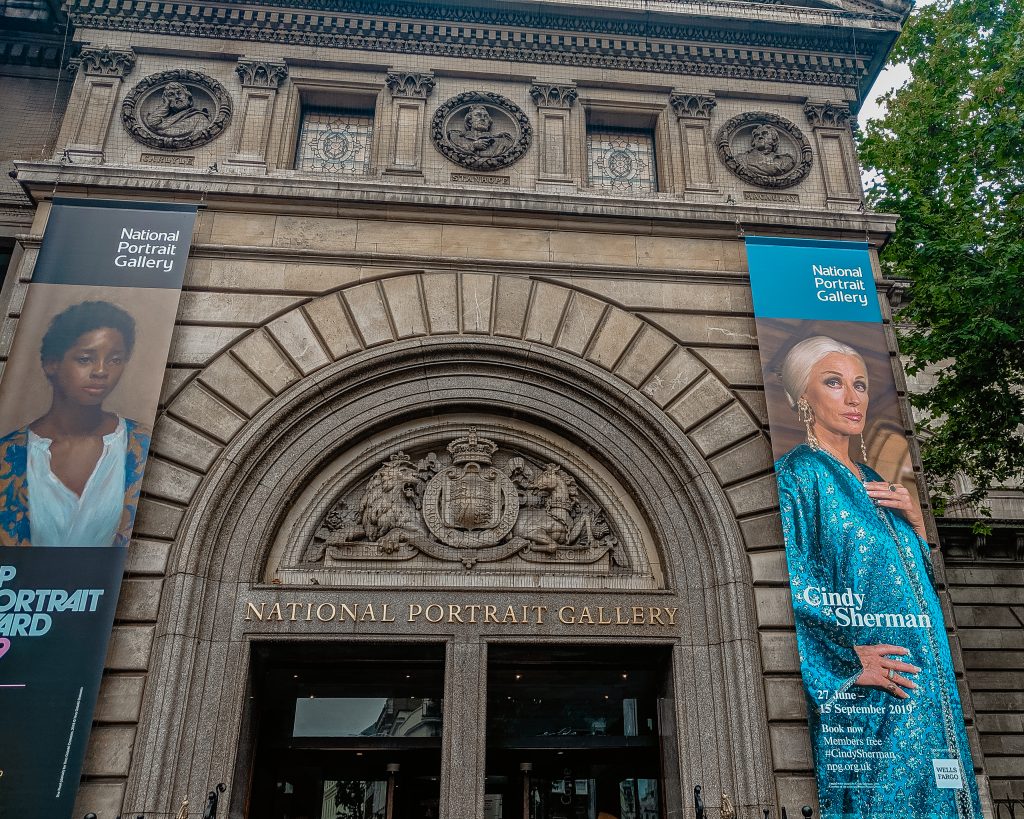 The RA is one of the poshest venues of the London museum lates we are featuring. Their lates are no different. With a price tag to match, the RA lates are grand affairs, including DJs and cocktails and performances. They tend to link to the current exhibitions and do sell out. You can find out more and when the next ones are here. They also have workshops, discussions, interactive installations and a chance to get your hands dirty. Supper-clubs and DIY modern art have featured too! 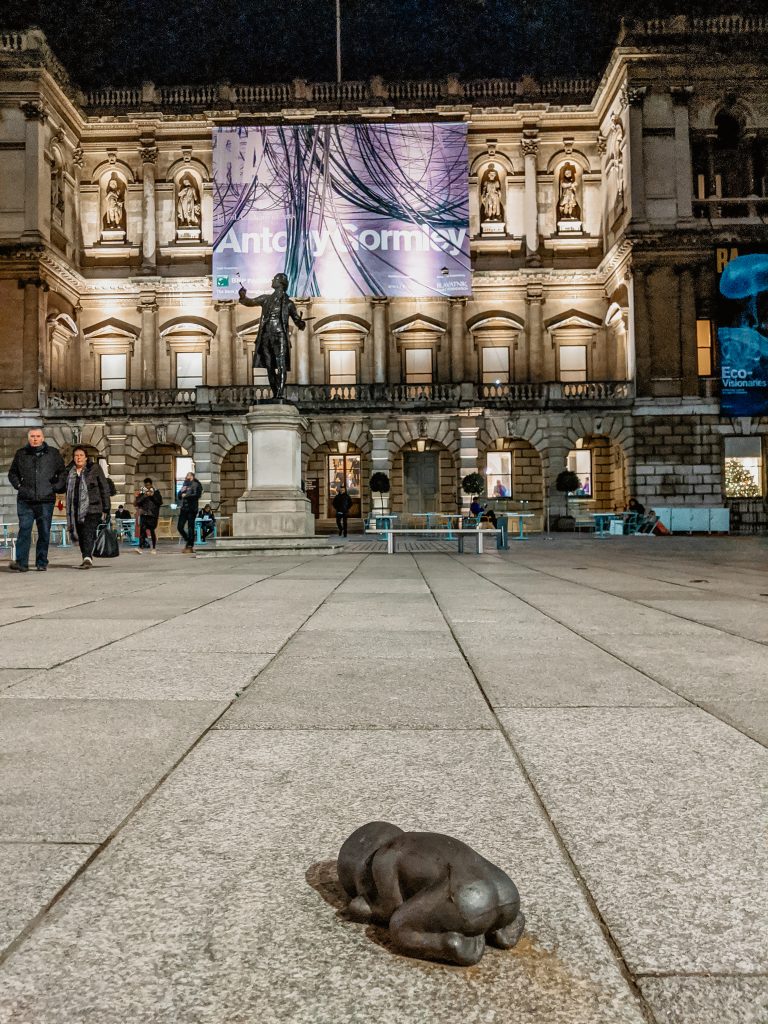 The last Friday of the month is Tate Lates, in partnership with Uniqlo. They tend to merge music, art, film and workshops and most of them are free, but keep an eye on the website to make sure. It’s aimed at young professionals and you need to have no arty experience to enjoy it! 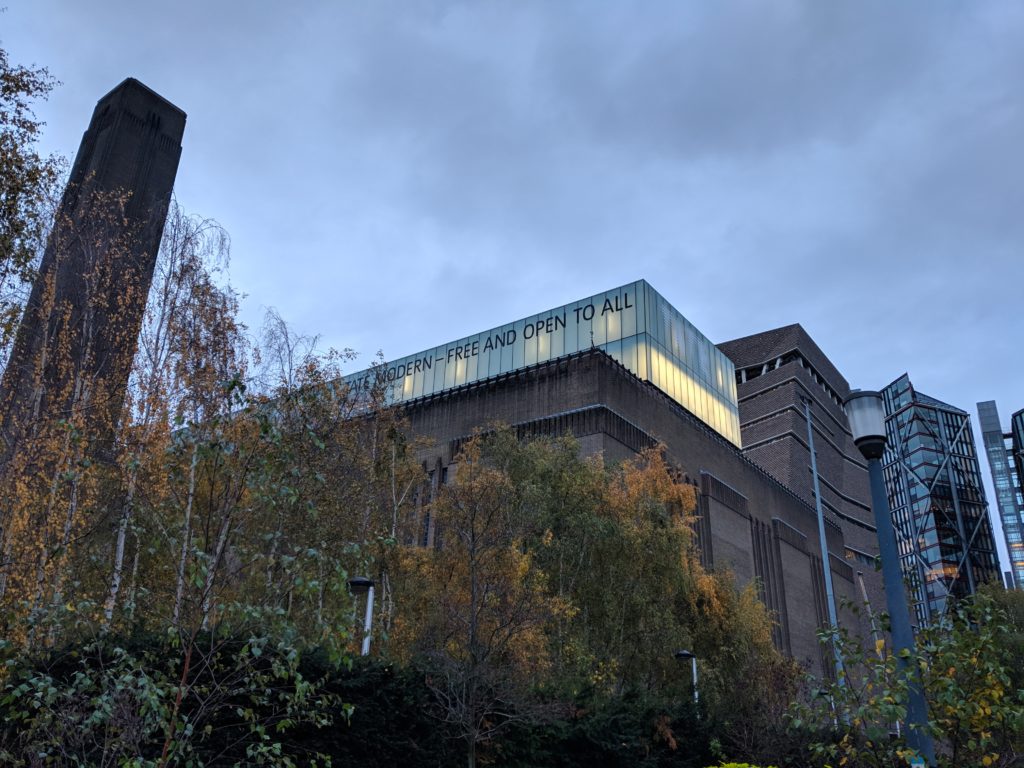 Once upon a blue moon at the beginning of the month, the Tate Britain lates occurs. In the past, events have been curated by young adults, for young adults, and old ones too. They normally showcase history, because this is the classical Tate, not the modern. The activities are free and have the normal talks, workshops and music to boot. Experiment with art and knowledge, we dare you! 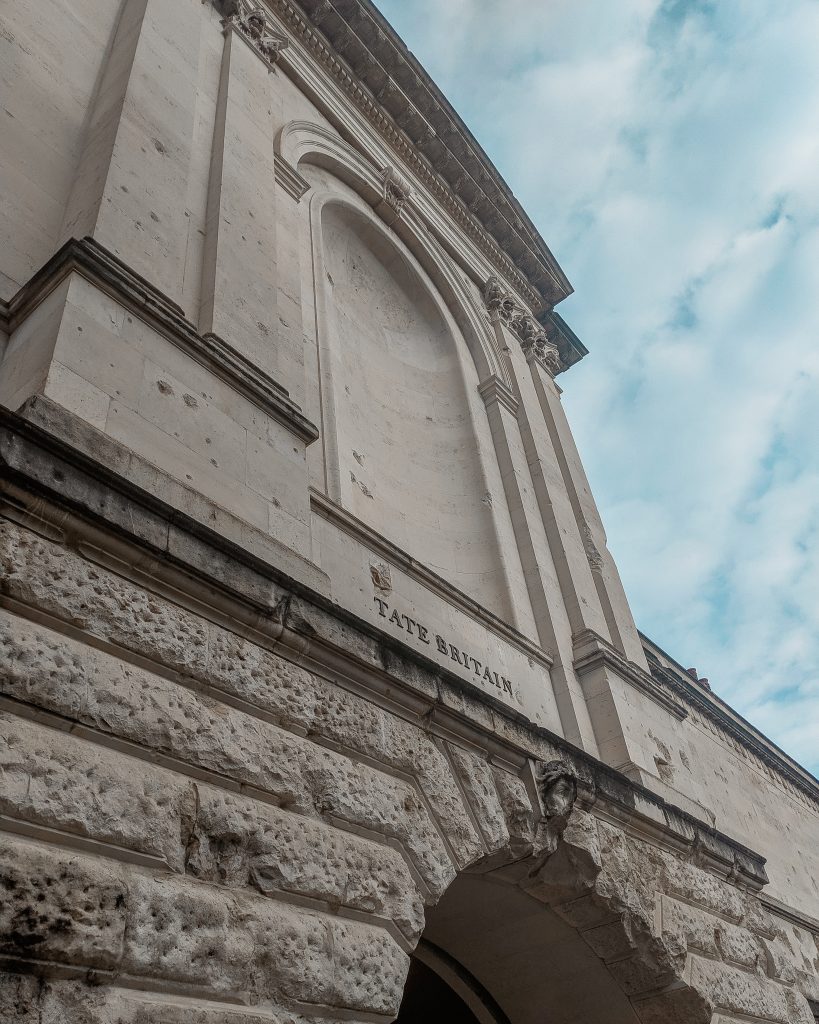 There are two parts to this London Museum Lates. Every Thursday, Whitechapel Gallery is open until 9pm for late viewings. If that’s not good enough, the second part of it is East London’s cultural extrvaganza First Thursdays. As you could guess it’s the first Thursday of the month where various venues stay open late with additional activities and talks. Most importantly, the food and drink sections stay open until 11pm! Another part of First Thursdays are the tours. The Art Bus Tour has a lottery for free tickets each month and visits three exhibitions with a guide, starting and ending at the Whitechapel Gallery. Each month, curators also produce a suggested route for a walking tour of selected venues. 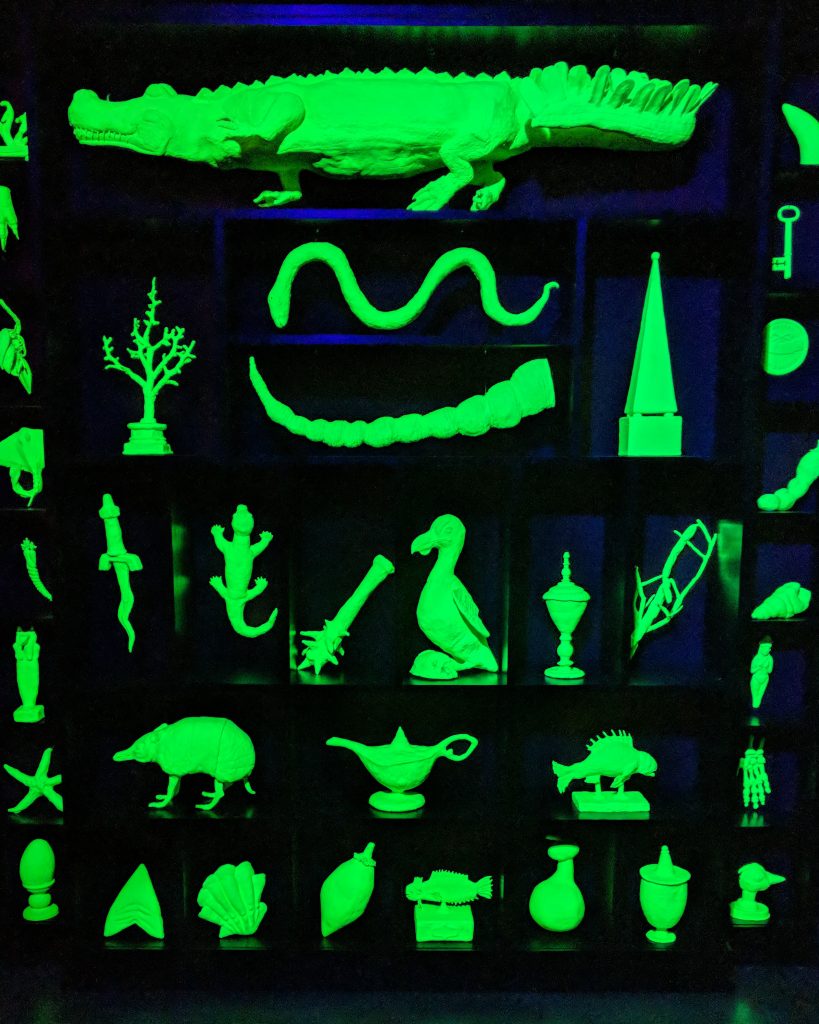 Every so often the Handel and Hendrix museum hosts a late. It includes late night openings and sometimes more – space to have a drink and dance, and, in their words, “a few surprises”. Keep an eye online for upcoming events.

The Fashion and Textile Museum in Bermondsey is a little hidden treat. If you have never been, then a late during the time of an exhibition is the best time to go. When they’re on, Thursdays are lates and they often include a talk about the exhibition and then a quieter chance to view it. However, it does cost.

One of our favourite museums, the British Museum have their own museum lates. Every Friday they are open until 8.30pm but they do hold lates depending on, you guessed it, what exhibitions they have on. Keep an eye on their events calendar for them. They have talks, screenings and other workshops, and you can grab some food from the fabulous Court Cafe. Book in advance. 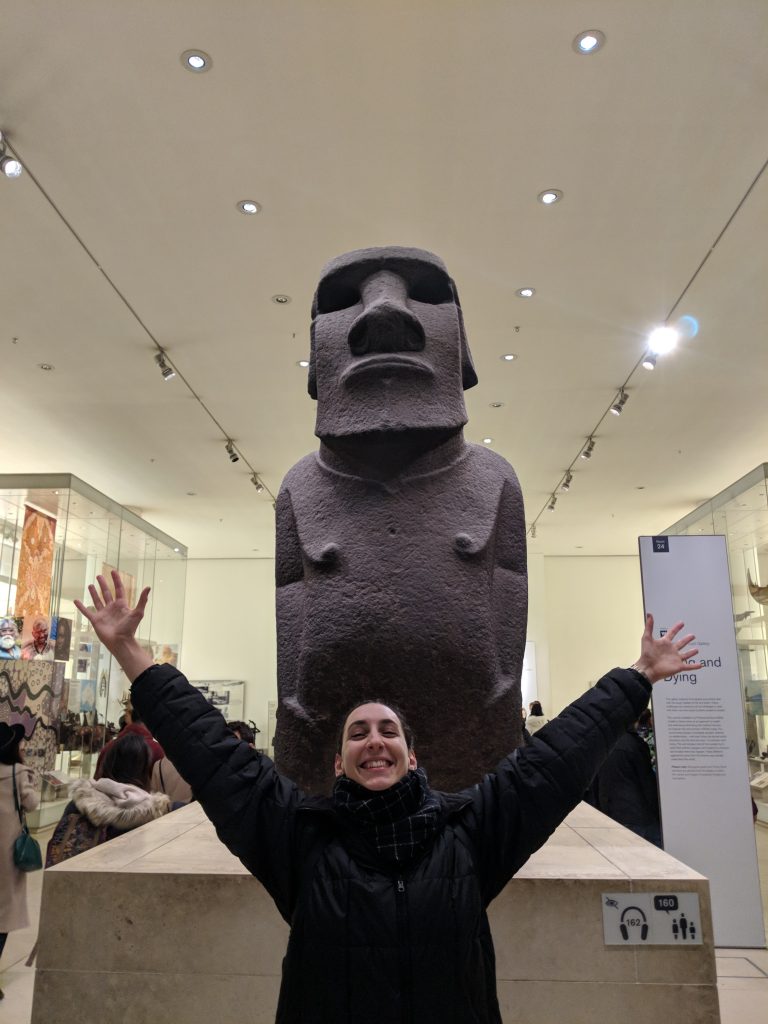 The Horniman Museum is a brilliant museum at the best of times, but some Thursdays their Museum at Night events, tied to their exhibitions, holds adults only evenings. They include music, theatre, workshops, tours and film screenings and in the summer, they even open up the garden. There’s normally a theme and even the food stalls get involved!

The Jewish museum in Camden, showcases different aspects of Jewish life and has exhibitions that will blow other museums out of the water. Very occasionally they have late events, normally on Thursdays, and you can keep an eye on their calendar here. 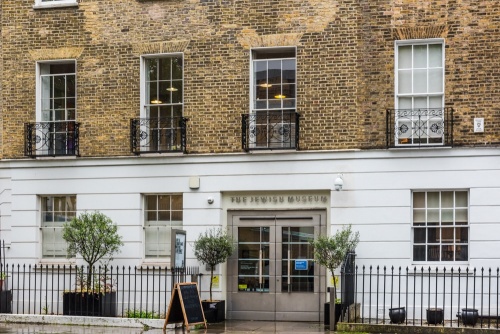 One of our favourite museums in London, Sir John Soane’s museum holds themed lates monthly on Fridays. They are pricey, coming in at about £20 but it’s a candlelit evening to explore the museum, listen to talks, see objects that are never normally seen and sometimes performances. 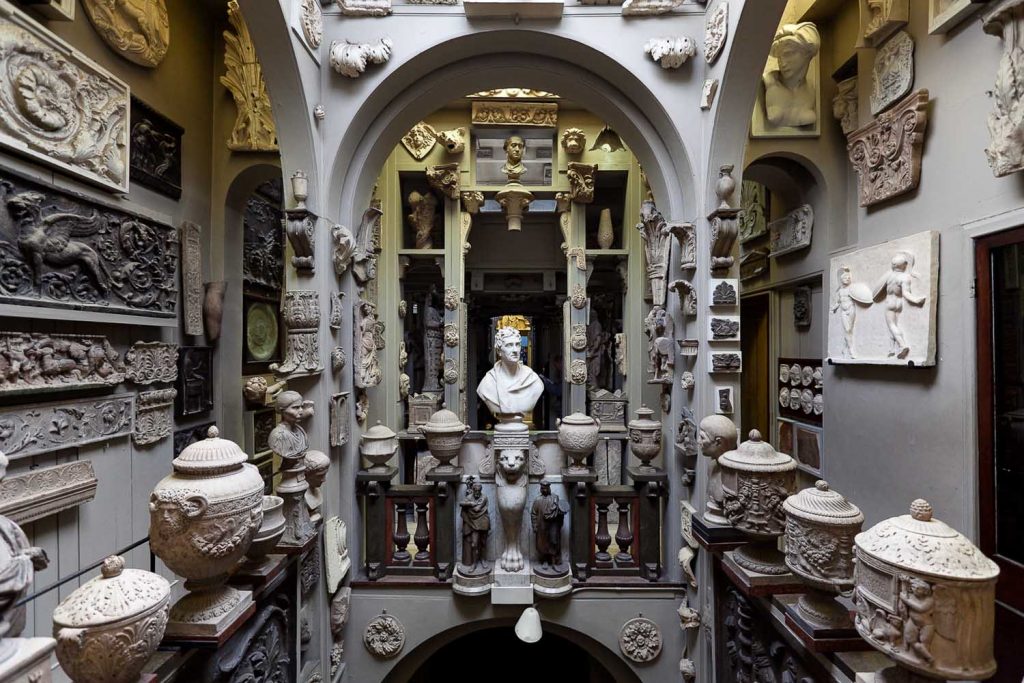 The V&A London Museum lates are awesome. On the last Fridays of the month they’re free (on a first come, first served basis). They celebrate all aspects of visual culture and design and live performances, installations, debates and DJs are their way of doing this!

Jess’ favourite place in London, this Library hosts its own version of a London Museum Lates! No need to be silent at these events, with DJs (Hot Chip have done it in the past), bands, workshops, demonstrations, talks and performances around the exhibitions on show at the library. The dates and timmings change each month but you can keep an eye on what’s coming up here. Book early to avoid disappointment! 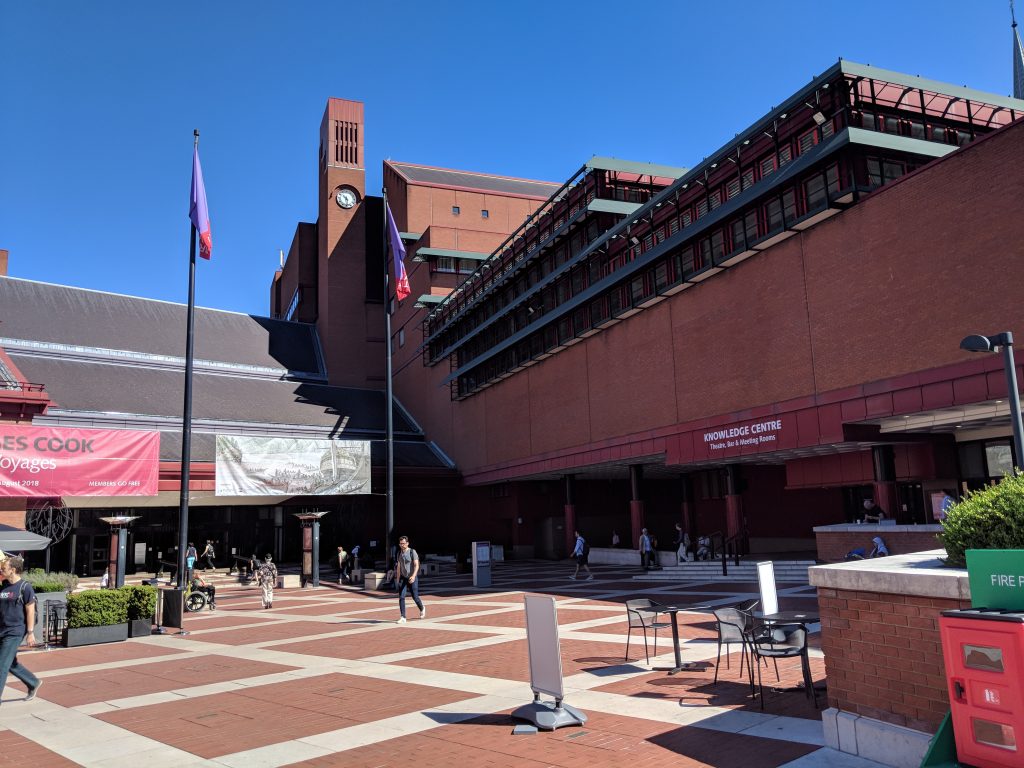 The Charles Dickens Museum is one that is top of our list to visit next. In Bloomsbury, in the house where he once lived, you can see his inspiration for writing, what a house in Dickensian England looked like and check out their temporary exhibitions. Once a month the museum opens until 8 so you can have a look around. Book ahead and have a look here to see whats on.

They don’t happen often, but as with others, when they do, it’s normally because there’s a cool new exhibition that’s opened at the London Transport Museum. The London Museum Lates here have screenings, workshops, talks and more; and more importantly time to get down and geeky with the buses and tube carriages. They aren’t free, but then it is one of those museums that you have to pay to get into, and it’s normally around £15 a ticket. 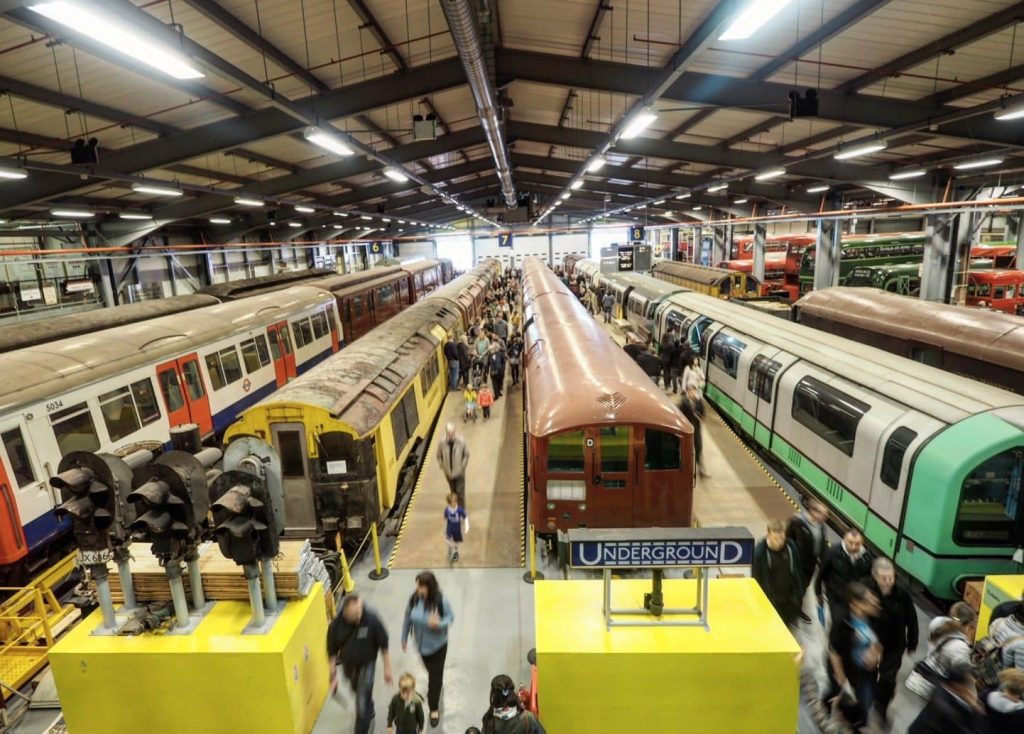 Another of the nice London museum lates is the National Army Museum that is almist brand new after a multi-million pound refurbishment. It doesn’t always have themed event nights but the first Wednesday of the month means the museum stays open late to have a look at what’s there. Sometimes these are exhibition launch nights too and you can keep an eye here to find out more.

Proving that it’s not just kids that can have the best time at this museum, the last Friday of the month is the day that the Natural History Museum comes alive. Except December, you can join a themed London Museum Lates and explore the dinosaurs and other mammals and minerals with a drink in hand. The monthly theme is normally around things in the media or exhibitions that are on and most of it is free. Expert-led talks, demonstrations, shopping opportunities and things to get your hands dirty with, as well as entertainment in the main hall (often an open-mic) and food and drink available too. 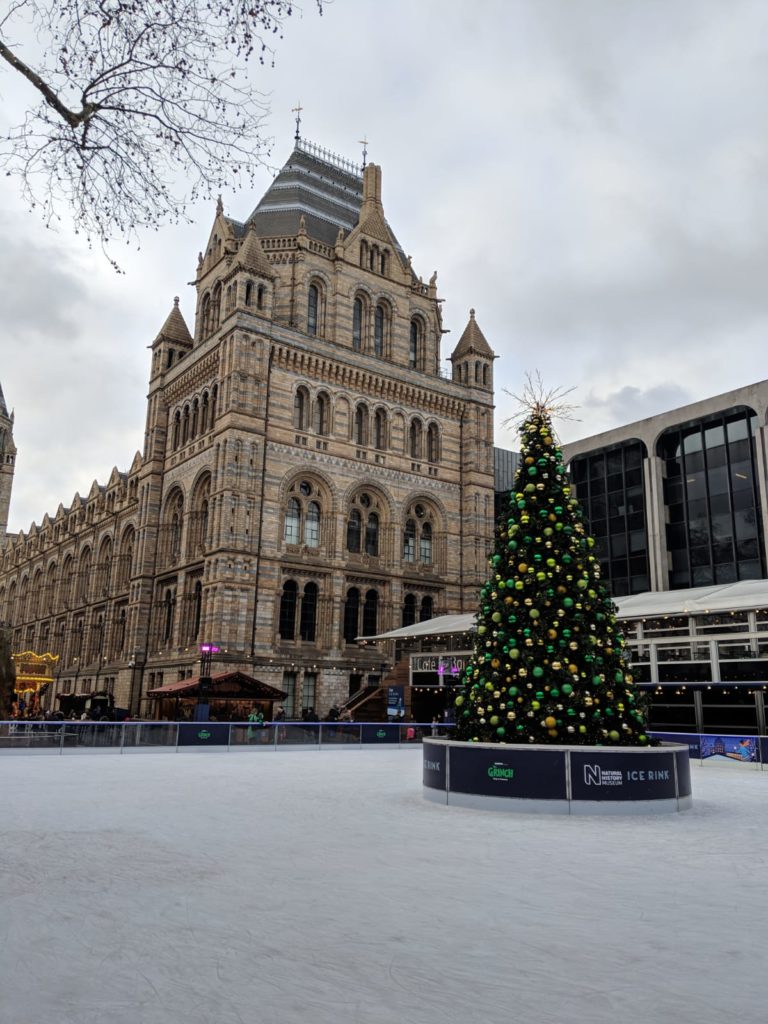 It may be one of the most famous museums in London, but that doesn’t stop them putting on a free late once a month. The after-hours museum late takes place on the last Wednesday of the month. The themed nights are free, usually attracting around 3,000 visitors over the course of each evening. The chance to explore the galleries, take part in arts and crafts and enjoy talks and workshops. There are some paid parts, including their legendary silent disco do need to be paid for when you’re there, but don’t let that stop you go. There’s the pub quiz, comedy show, and speed dating to look forward to. Bars and cafes are open too. 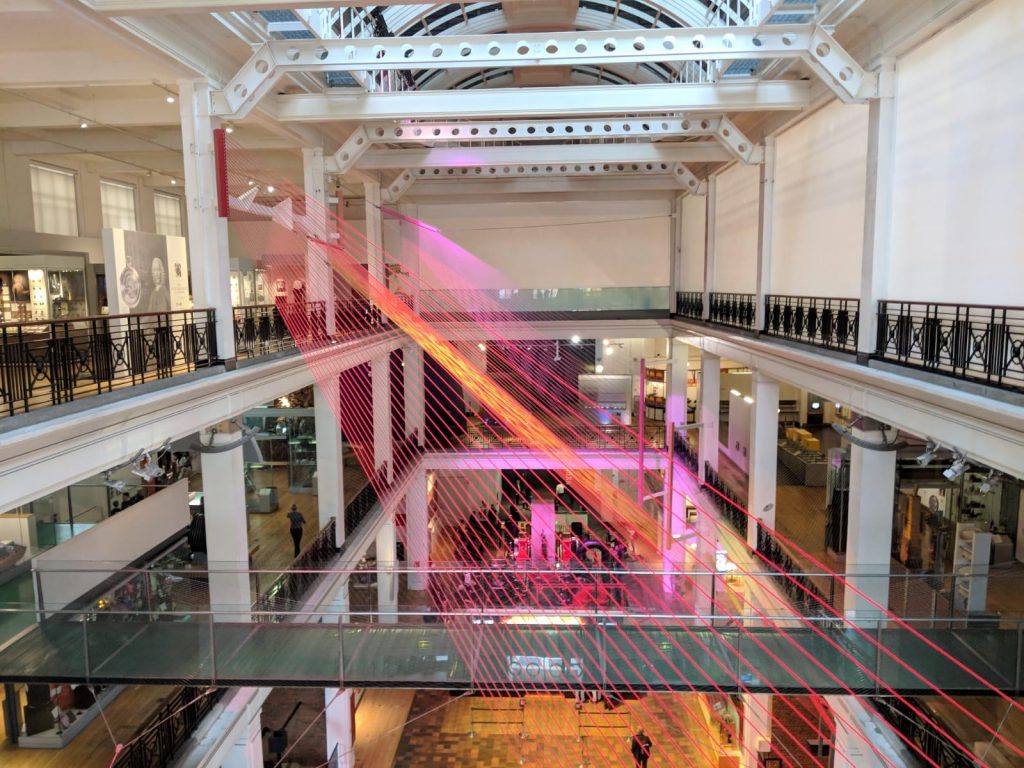 The Wellcome Collection is a wacky museum with a fabulous library. It’s got a scientific focus, and has the most fascinating exhibitions. On Thursdays they open late, great to have a look around the exhibitions with no crowds. Some Thursdays they hold more structured museum lates too, which can happen on Fridays too! The restaurant and cafe are open late too and it’s free. Excellent! Keep your eye on what’s going on here. 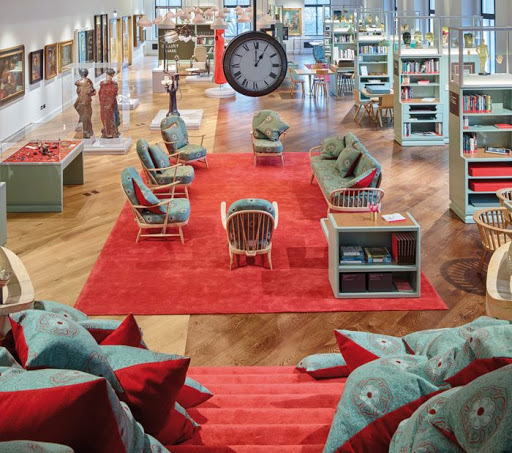 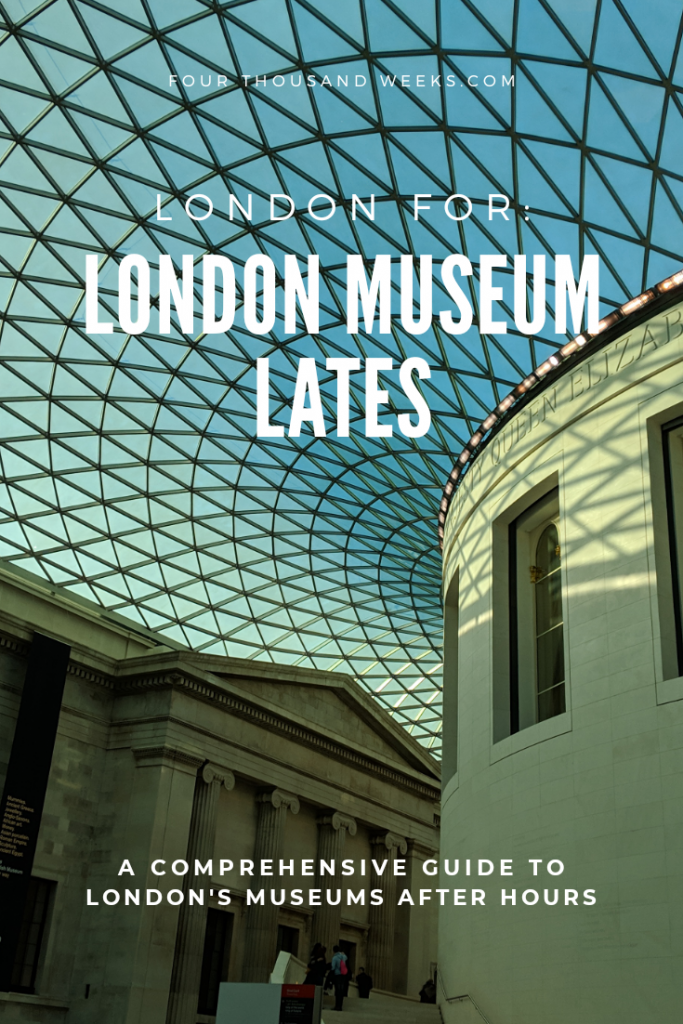 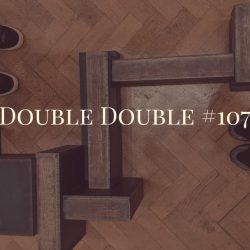 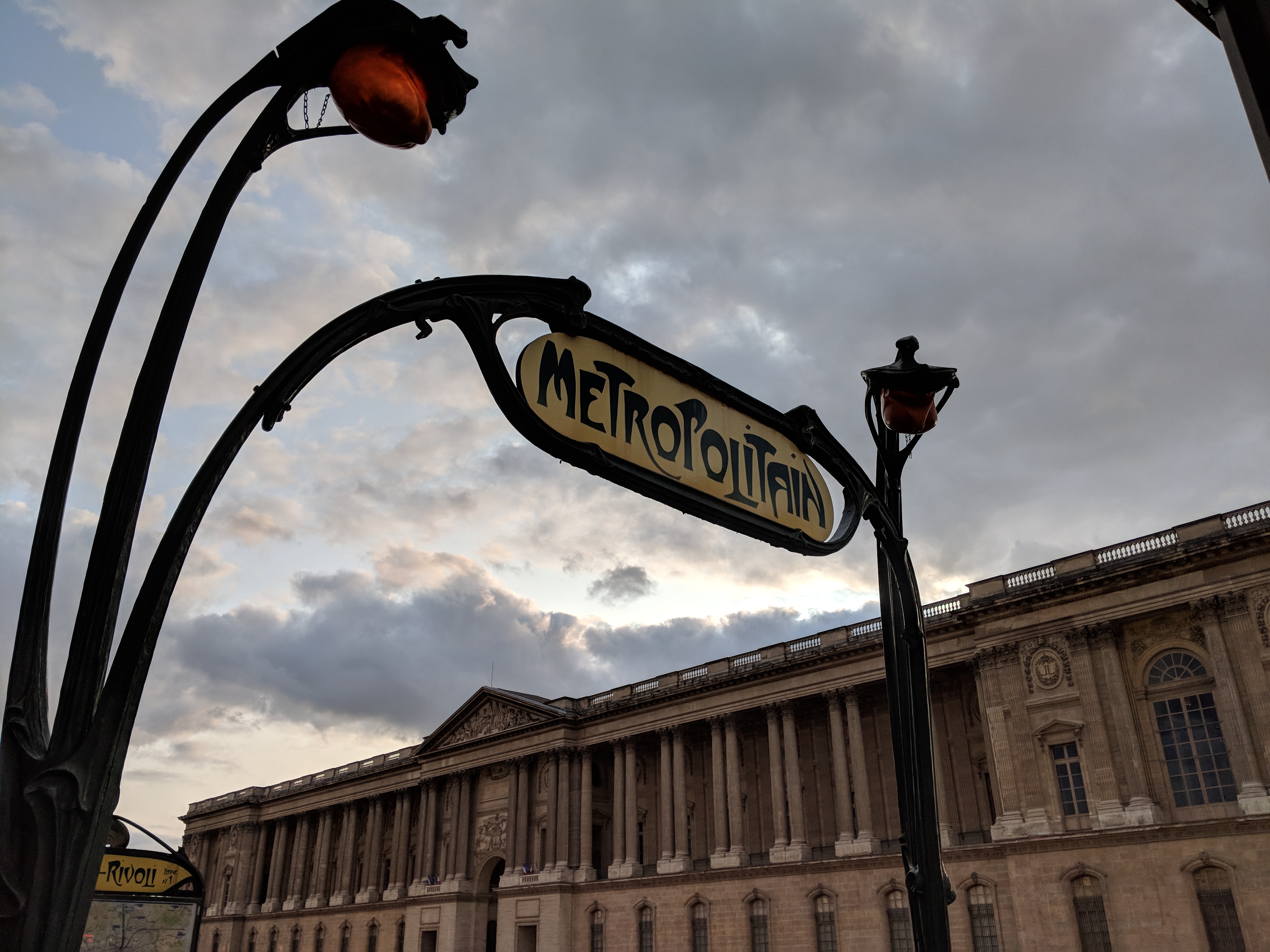 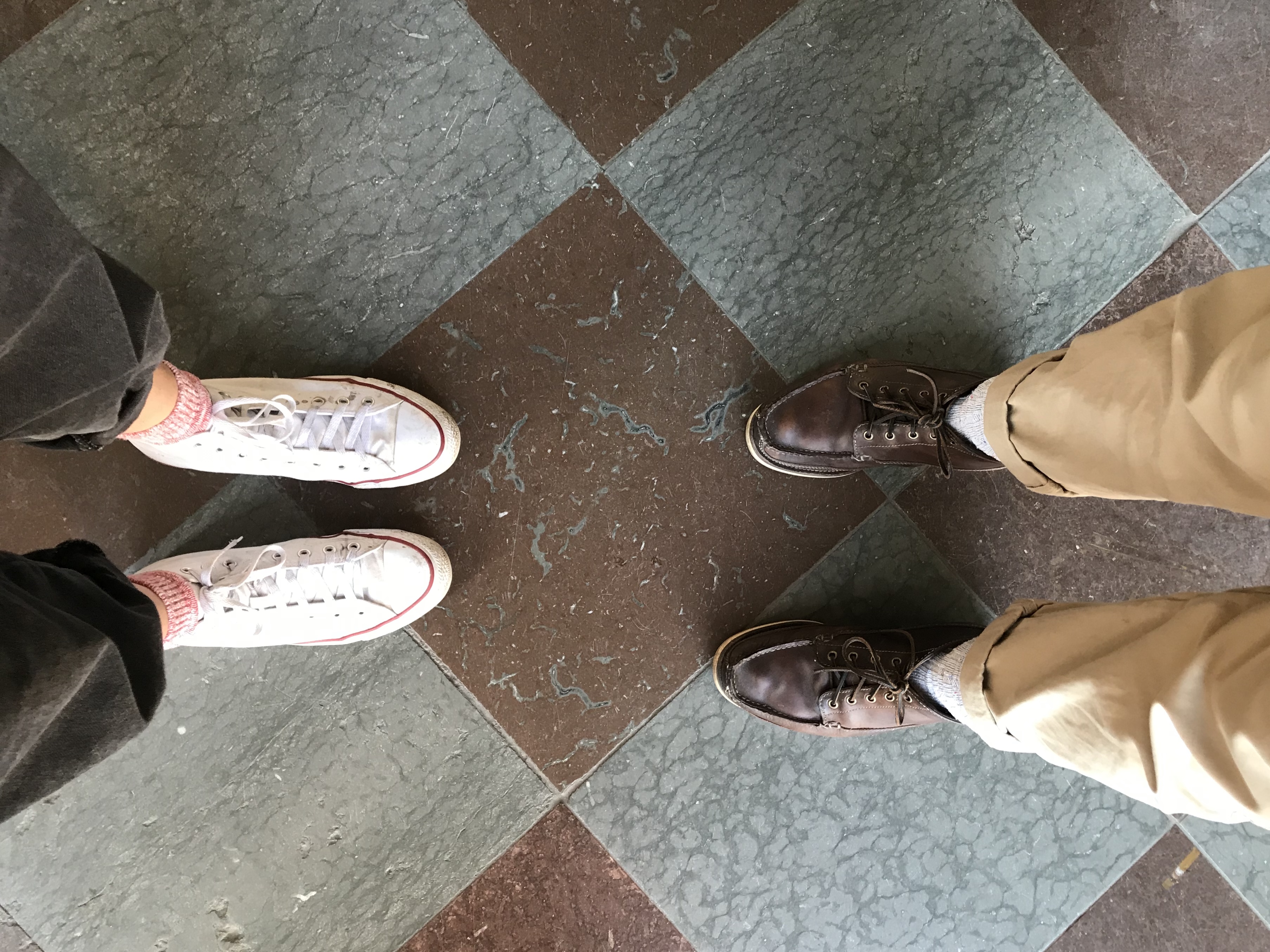 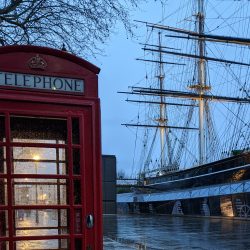 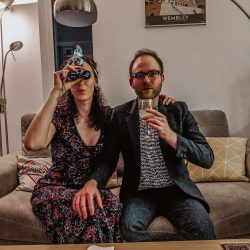