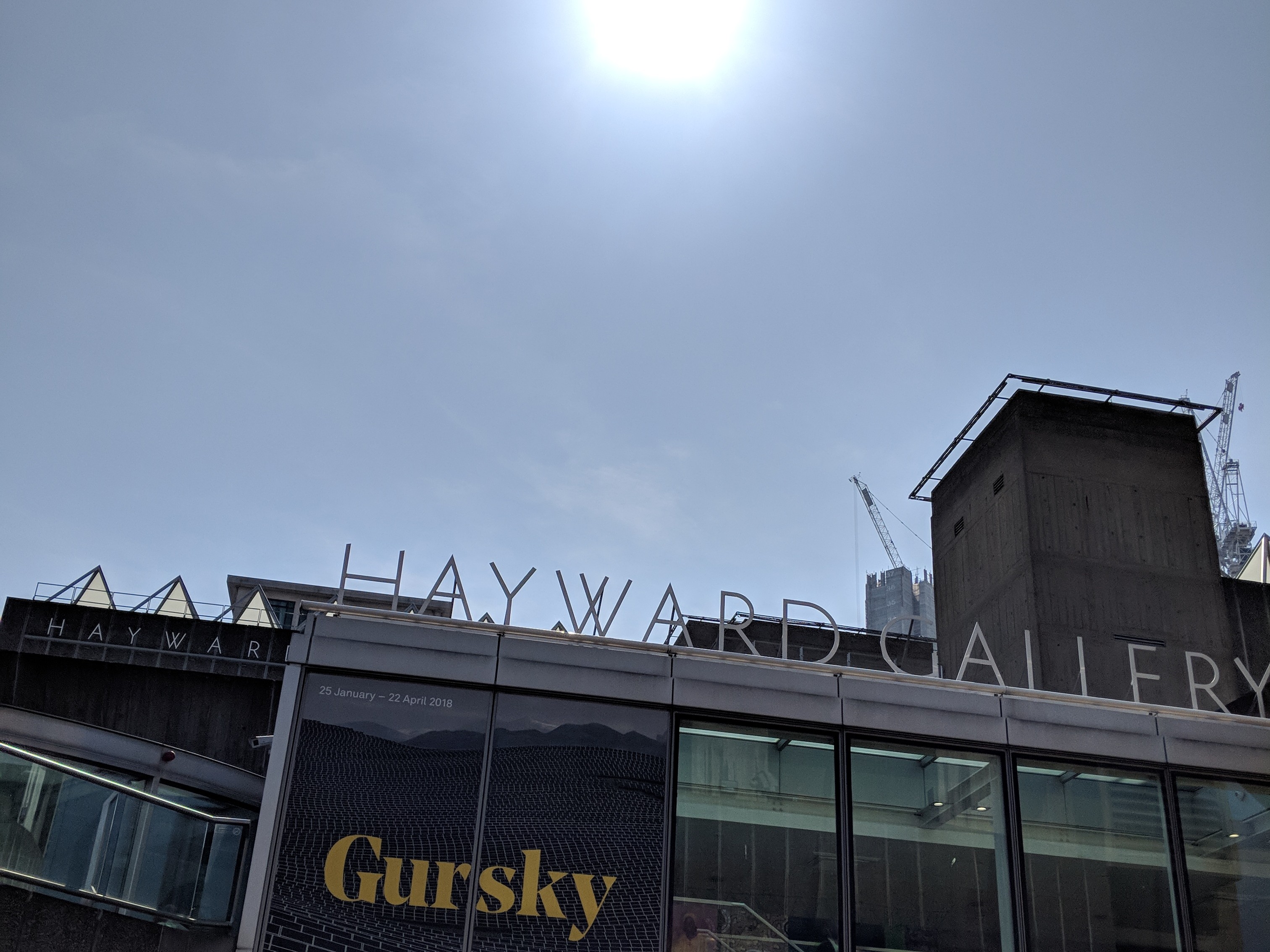 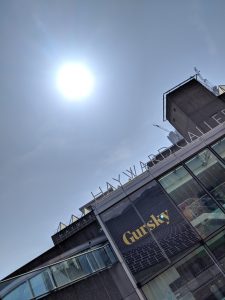 The Hayward Gallery is an amazing space. Not quite Kolumba in Cologne, but brilliant nonetheless. All exhibitions there seem to be striking, and this one was no exception. We went down on the penultimate day of the exhibition to see what it was about and here is our retrospective review. 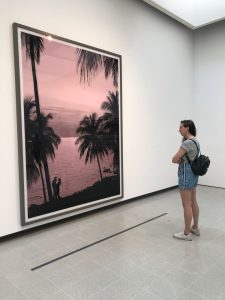 Gursky is, arguably, one of the best living photographers around. Not just for the topicality of his subject matter – the scale and reach of global capitalism, the thrust of 21st-century commerce and the fragility of the planet – but for his grand-scale, digitally driven reinvention of the very notion of the photographic image. In his epic panoramas, from the frenzied activity on the Chicago stock exchange to the painterly stillness of the Rhine, nothing is as it initially appears. Often what you are seeing is a digitally created composite image: several photographs seamlessly knitted together. It is photography but not as we know it. 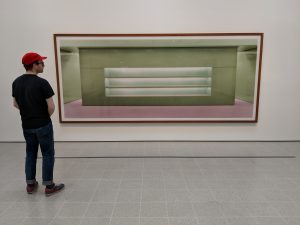 This survey of the 63-year-old Dusseldorf School photographer’s blockbuster illusions – his first major show in the UK – is packed with his early masterworks, including a study of the visual density and postwar modernist architecture of Paris’s Mouchotte Building in Paris, Montparnasse (1993). Here Gursky used two different perspectives to photograph the 750 flats designed here by Jean Dubuisson in 1959, and then pulled them together in post-production to create a smooth mosaic, with their vanishing points erased. Made using multiple shots taken from two different vantage points, this architectural vision does away with foreshortening and gives equal emphasis to every window. Much has been written about its creation. But in fact it offers nothing more than the actual experience on the street. The viewer searches the picture in exactly the same way as the reality, looking for the telling quirk – an easel, a mannequin – among all the windows full of standard lamps and plant pots. Or in the equally eerie Rhine II (1999, reworked 2015), Gursky took on the romantic icon, and stripped out all signs of life and construction (including the presence of a coal plant), digitally reducing the photograph to horizontal bands of grass, pathway and water, shimmering in minimalist abstraction. 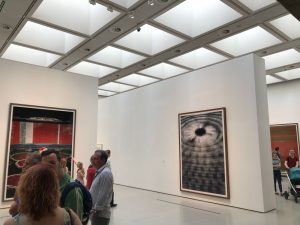 There is a spacey uniformity to Gursky’s aesthetic that is both sumptuous and numbing. Abstract at a distance, figurative close-up, his pictures are simultaneously beautiful and bloodless. You miss the camera’s potential for chance observation and discovery in these intensely premeditated scenes. And all the artifice – involving planes, cranes, satellite cameras and elaborate software – what’s more, may be put to the service of surprising banality. 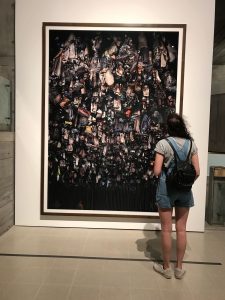 The pieces on show here are brilliant, the sheer scale and the poignant messages they convey are ones that are arguably are more relevant now than ever, but the idea of how monumental the works are, and how cleverly orchestrated they have been strikes a chord of which we are both unable to put our fingers on. What is it about the images that makes you feel that there is more to them than meets the eye? 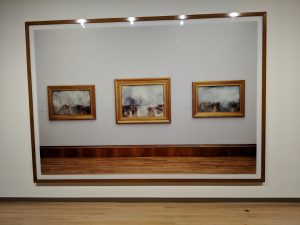 This is something that is definitely mirrored by the setting. The Hayward’s imposing brutalism amplifies the rigour in Gursky’s work, the gallery’s director Ralph Rugoff says. Gursky’s reflections on images ‘not just as representation, but meditation’, are now allowed to breath in an enlarged gallery setting, under natural light, he tells me. Marking its 50th anniversary this year, the Hayward has been on hiatus since September 2015 for a period of essential renovation works. But now, Rugoff says, the grandeur of its upper galleries has been restored to its original proportions. 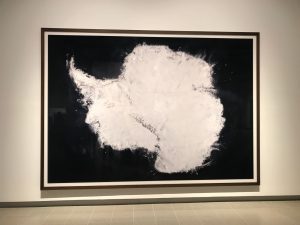 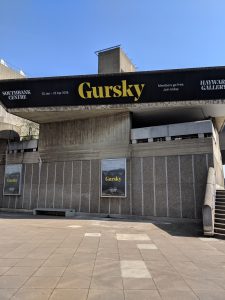 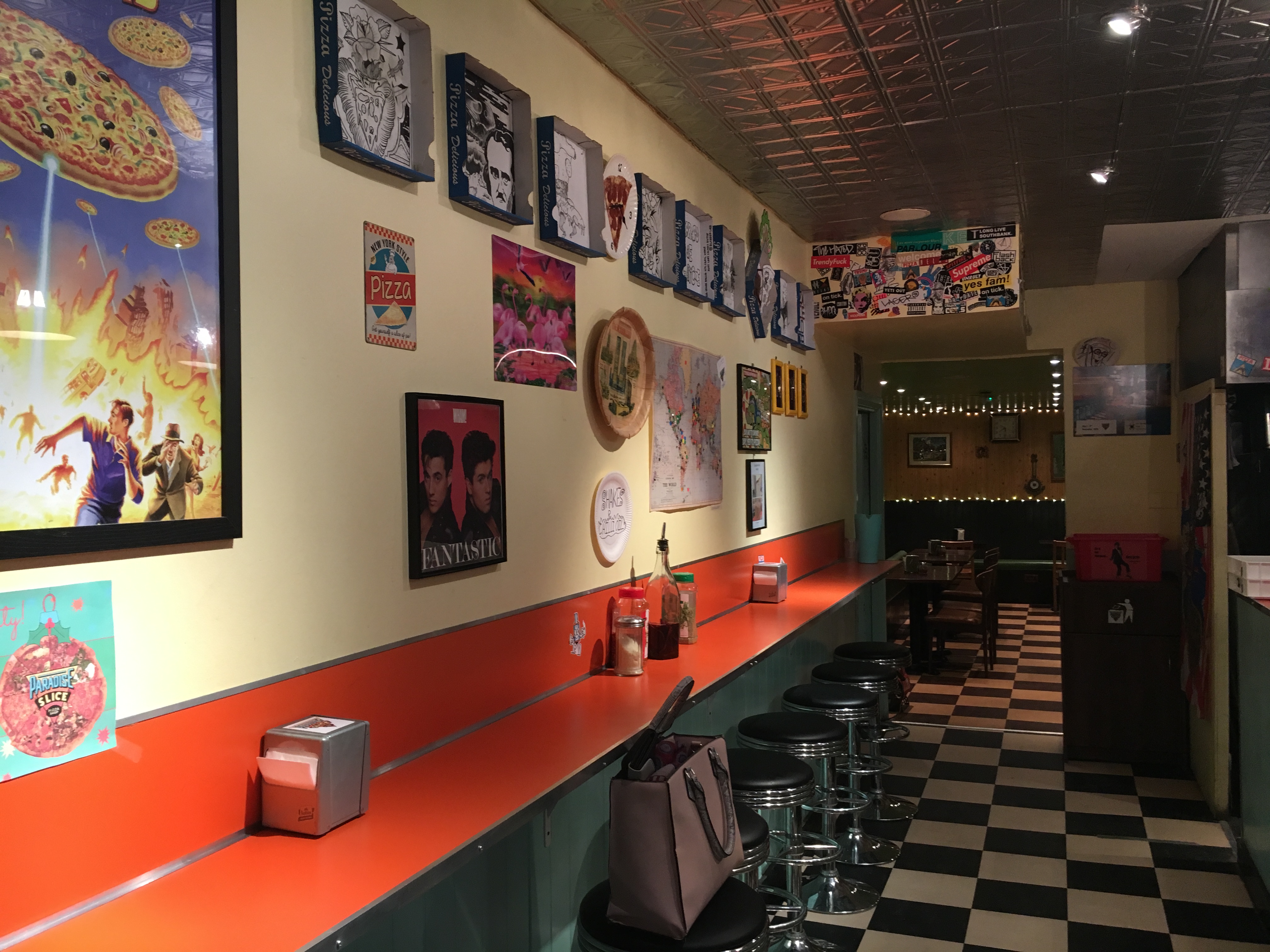 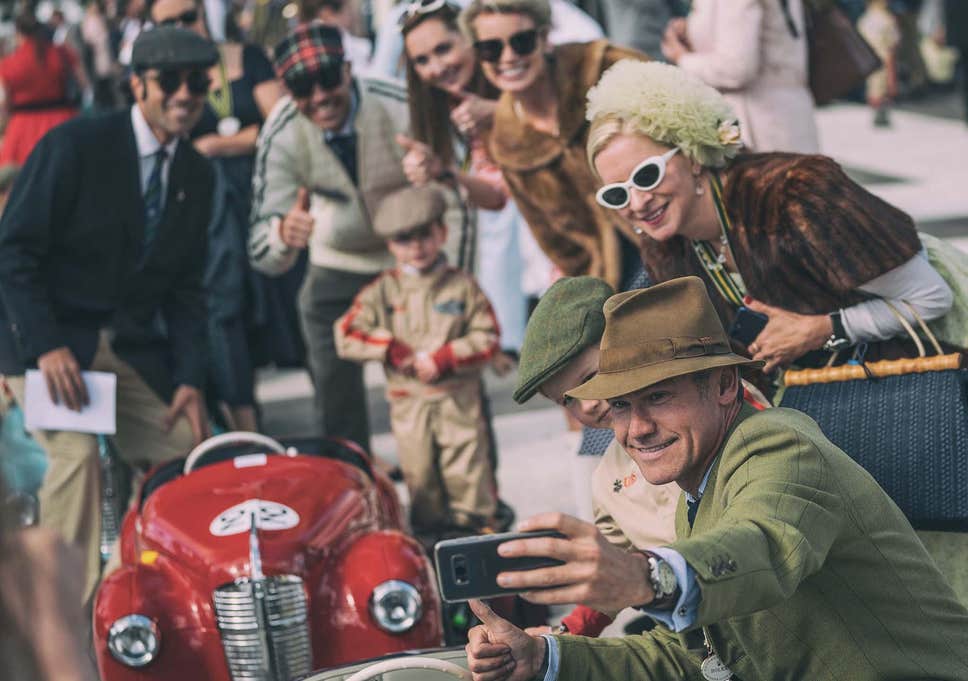 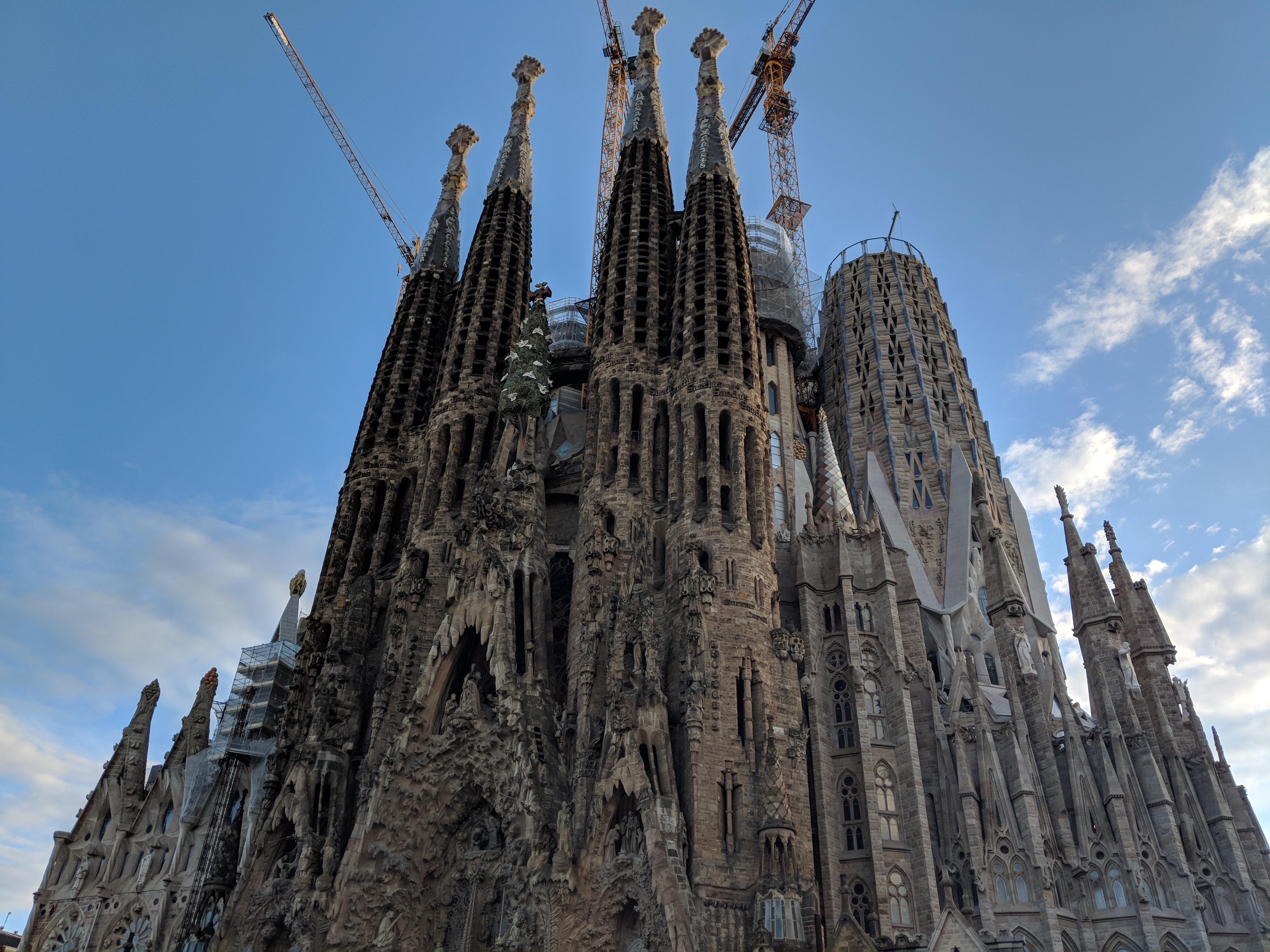 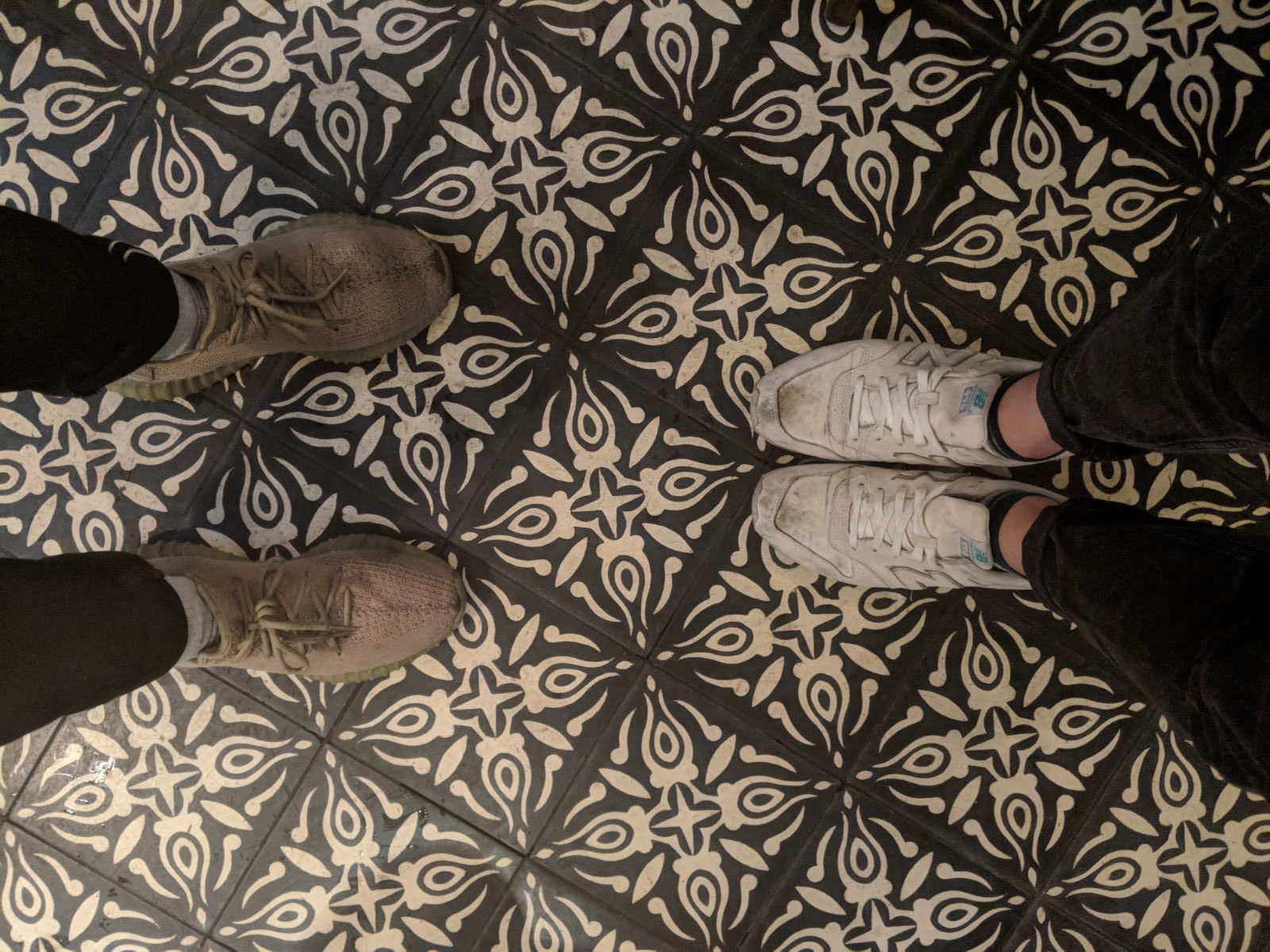