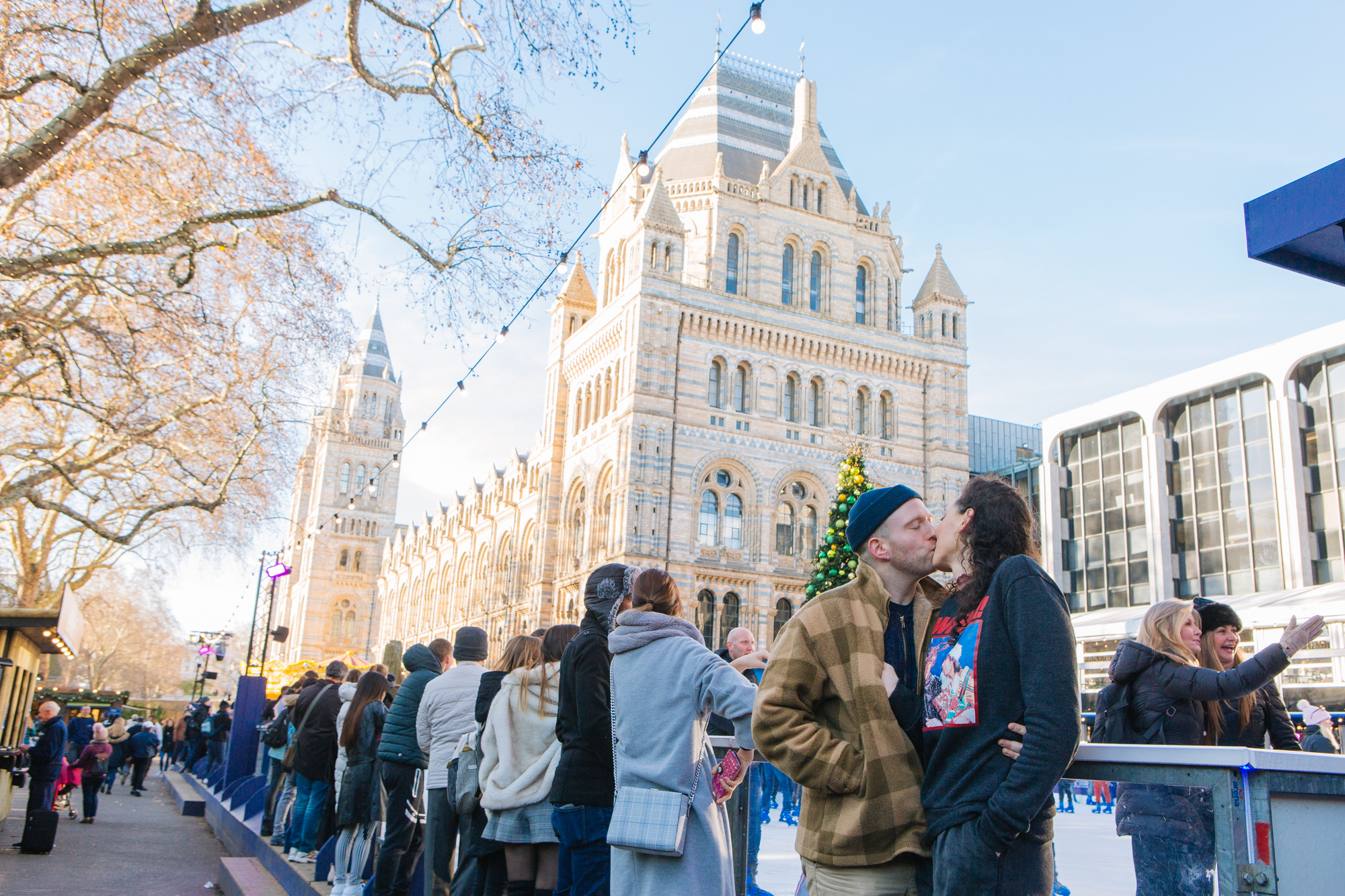 We fought the hoards of families making the most of the Christmas holidays to have our first, and best, date day of 2019 at the Natural History Museum, and managed to squeeze in two exhibitions, ice skating and some food! 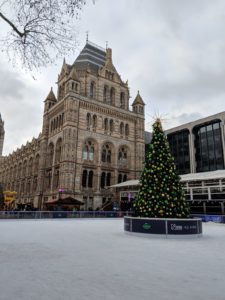 Life in the dark 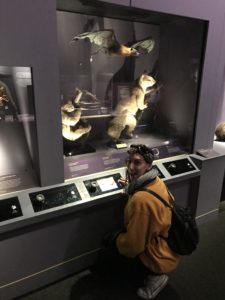 First up was Life in the Dark, so popular that they’ve extended its opening dates (until 24 February) and have sorted a deal where kids go free. We weren’t entirely sure what to expect but here are our highlights! The way the exhibition was curated – it was split into sections and this made it really easy to understand what was going on and to explore all the different creatures and their adaptations for their environments. There were all sorts of sections like deep sea, caves, outdoors, and all so wonderfully designed. The design of each section was so clever, from lights emulating creatures under the sea, to bats in a cave, actual trees and fish tanks! 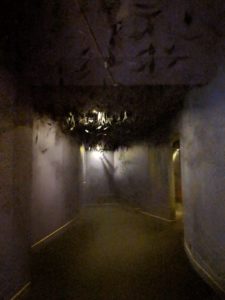 It was a very sensory exhibition, although it started as a lot of research-based taxidermy and things in jars of formaldehyde, it soon picked up and tackled all of the senses. You were encouraged to touch; foxes, badgers, hares and crabs. There was a lot to see in many formats; video footage, diagrams, jars, pictures and a fab focus on bioluminescence. There were things to smell – actually! They had guessing games of what foods certain animals ate, and some not so nice stuff like bat poo. They even went for the aural too; sounds of mating calls, a research diving crew, the noises of the forest at night and echolocation. 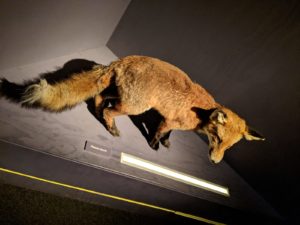 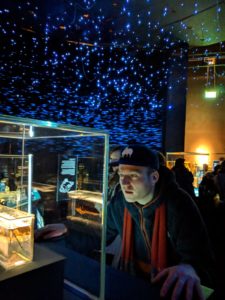 Wildlife Photographer of the year

It’s the 54th year of the Wildlife Photographer of the year exhibition, and it’s open until the end of June. Jess has been going to this since she was a child, and ever since we started dating we have gone together an made a day out of it. There is something about it that we both love, but every year it is still Jess’ favourite. There’s something about the silence in the exhibition that is amazing, perhaps it’s the contrast to the extraordinarily busy museum (god bless the Christmas holidays). Maybe it’s the incredible photographs (and they really are amazing), or the way they’re shown – the exhibition room is pretty dark and the photos are backlit, making them bright and stark. Maybe it’s the Brian Eno-esque music quietly in the background. Whatever it is it’s just the best ever.

Our highlights are always feeling inadequate looking at the young wildlife photographer awards, where this year they even had in the under 10 section, but they were exceptional! We also both have strong feelings towards the wildlife photojournalism section, where the relationship (normally negative, or the positive from negatives like sanctuaries or adoption centres) between humans and animals is explored through a set of 1-6 photographs. Both of us this year felt very touched by the stories there, and almost unable to read all of it, but the importance of understanding what is going on in the world, and how cruel humans can be is important if we want to work towards making changes. On a lighter note, the winners of this year were as outstanding as always, and if you can, you must go! 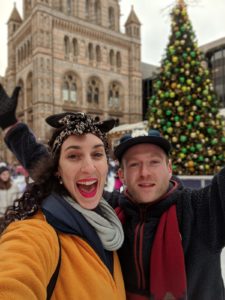 We are blessed with the existence of the Natural History Museum Ice Rink (it’s there until the 20th January). There’s not much to say about ice skating, this was as fun as you would expect, even with the little patch of ice off-limits for skaters because it had melted so much. It was very funny trying to spot the professionals, but funnier trying to spot those that thought they were professional. It was a great way of keeping the christmas spirit alive too! It’s such a great rink, good music, helpful staff and an amazing backdrop…so it may not be the Rockefeller centre in New York, but then again we aren’t in New York…we’re in London so what better backdrop than the Alfred Waterhouse designed Natural History Museum and the old-style carousel there too. 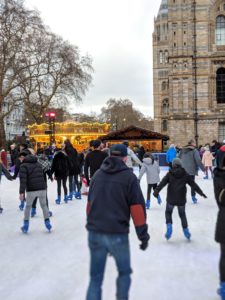 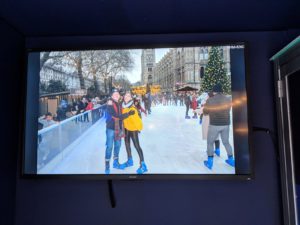 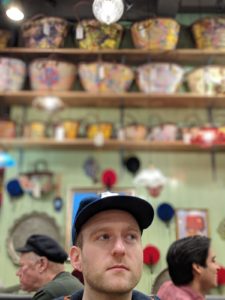 It wouldn’t be a date day without at least some food, and although not at all keeping with our theme, we tried out a restaurant that we’d been wanting to try for ages. We went to Comptoir Libanais with no idea what it was going to be like. We hadn’t booked and even though we went at a funny time it was still rammed and we ended up on a sharing table (which is no bother for us anyway). 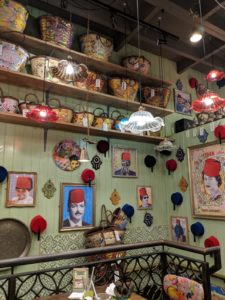 The table itself was a beautiful stamped gold number, and the decor of the entire restaurant was amazing! Lamps hanging everywhere, handbags and silver pots for your mint tea or Lebanese coffee, as well as warhol-style prints of famous people with Fez hats, it was a feast for the eyes, and all of it was for sale too (they’ve nailed the target market really). Thankfully it was a feast for the belly and taste buds too. We had an apple, ginger and mint juice each, and shared a vegetarian meze platter for 2, with some added batata Barra (potatoes) and olives. It wasn’t cheap, but it also wasn’t expensive and was excellent value for money in terms of the tastiness and amount of food you had. No need for dinner! For 2 of us it was under £35 and we would definitely recommend it if you’re in the area and love Middle Eastern food!

What a great way to start the year! We’re excited to see what else we come up with if this is the beginning standard! Let us know if there’s anything you think we should check out this year in the comments, or if you’ve been tell us what you thought of them too. 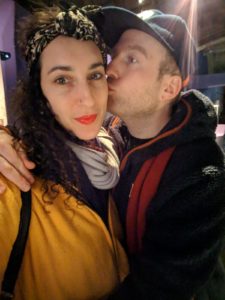 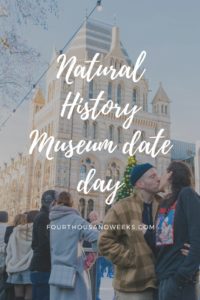 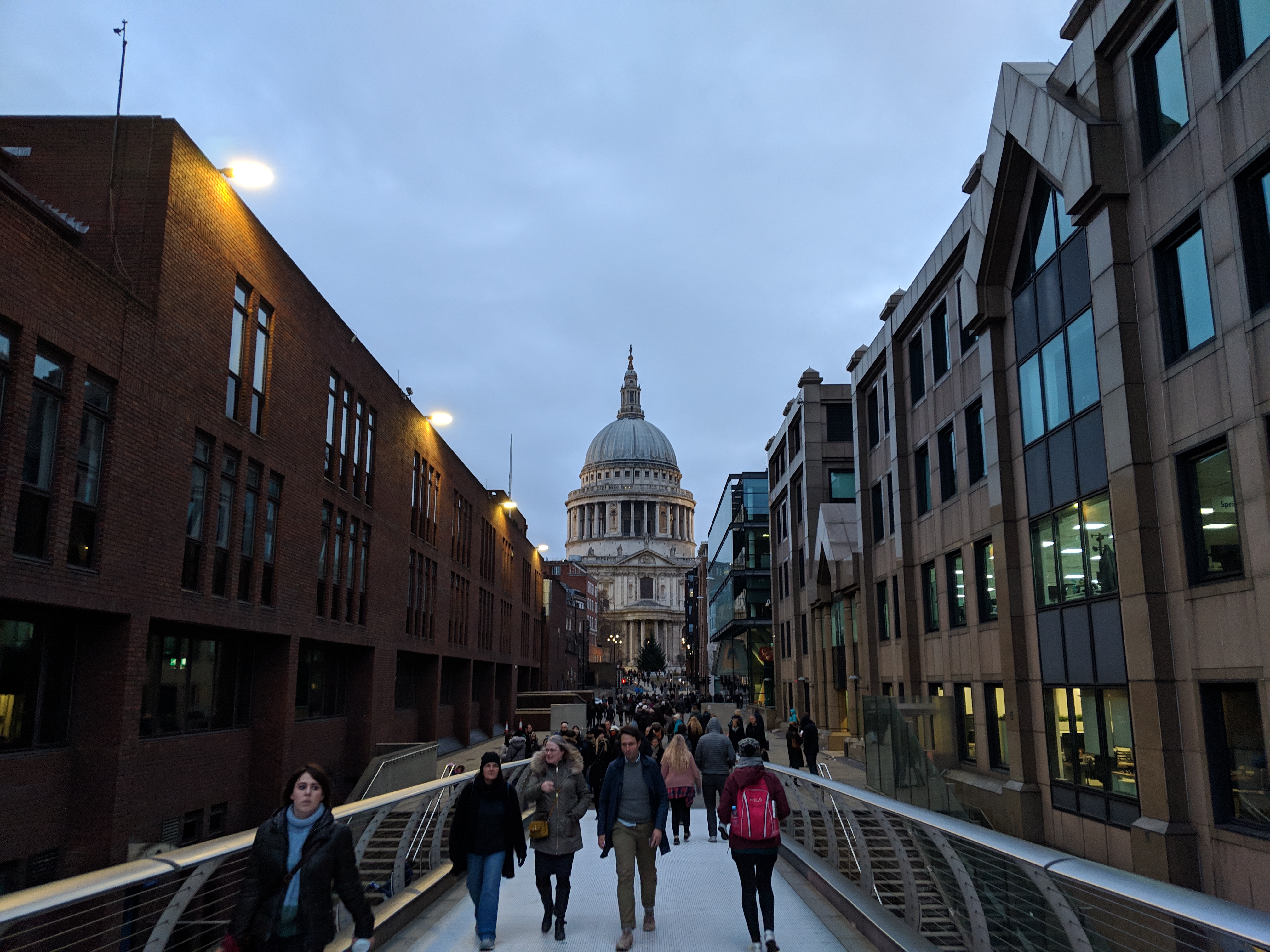 The best sight-seeing walk through London ever
on December 18, 2018 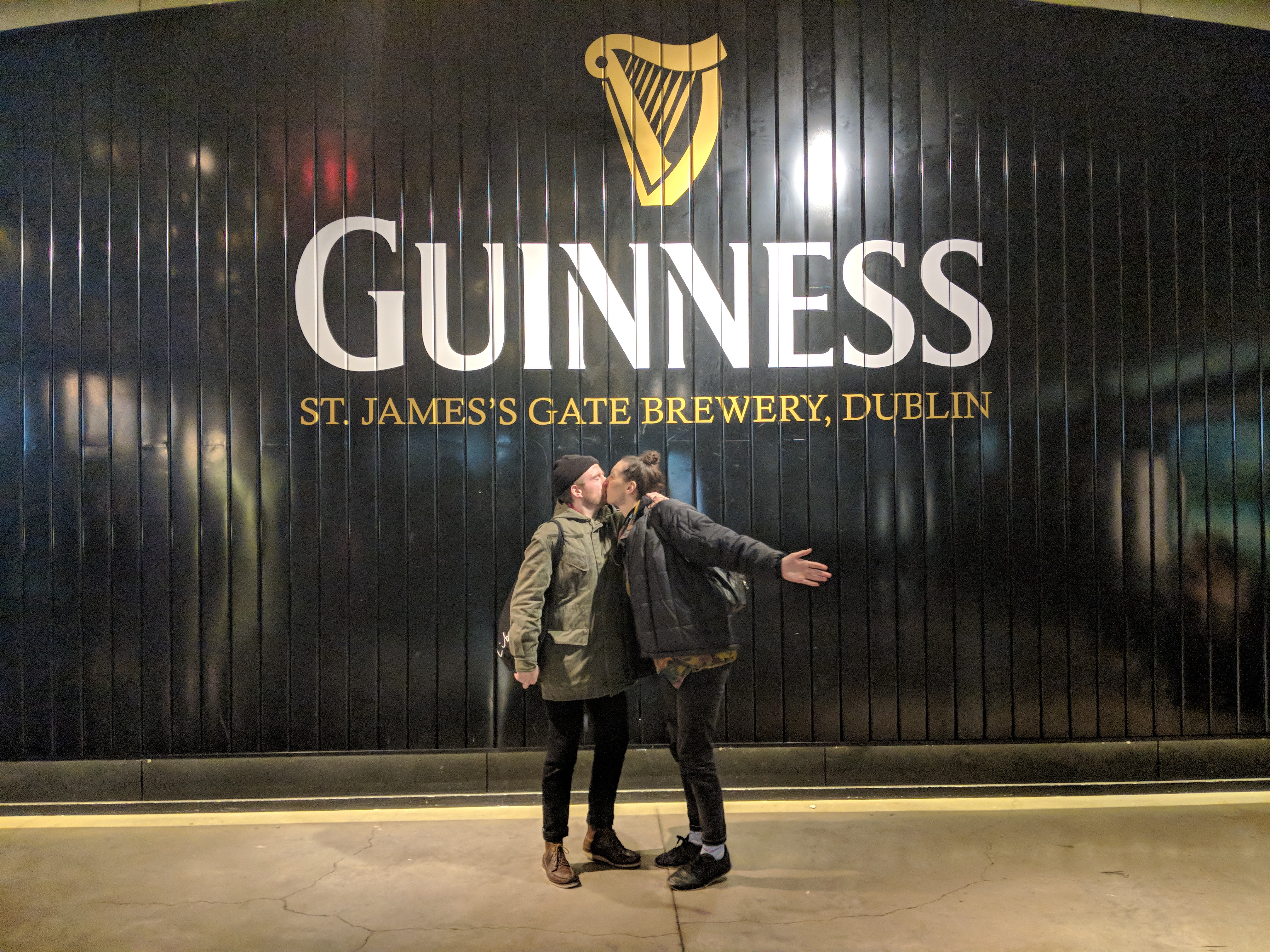 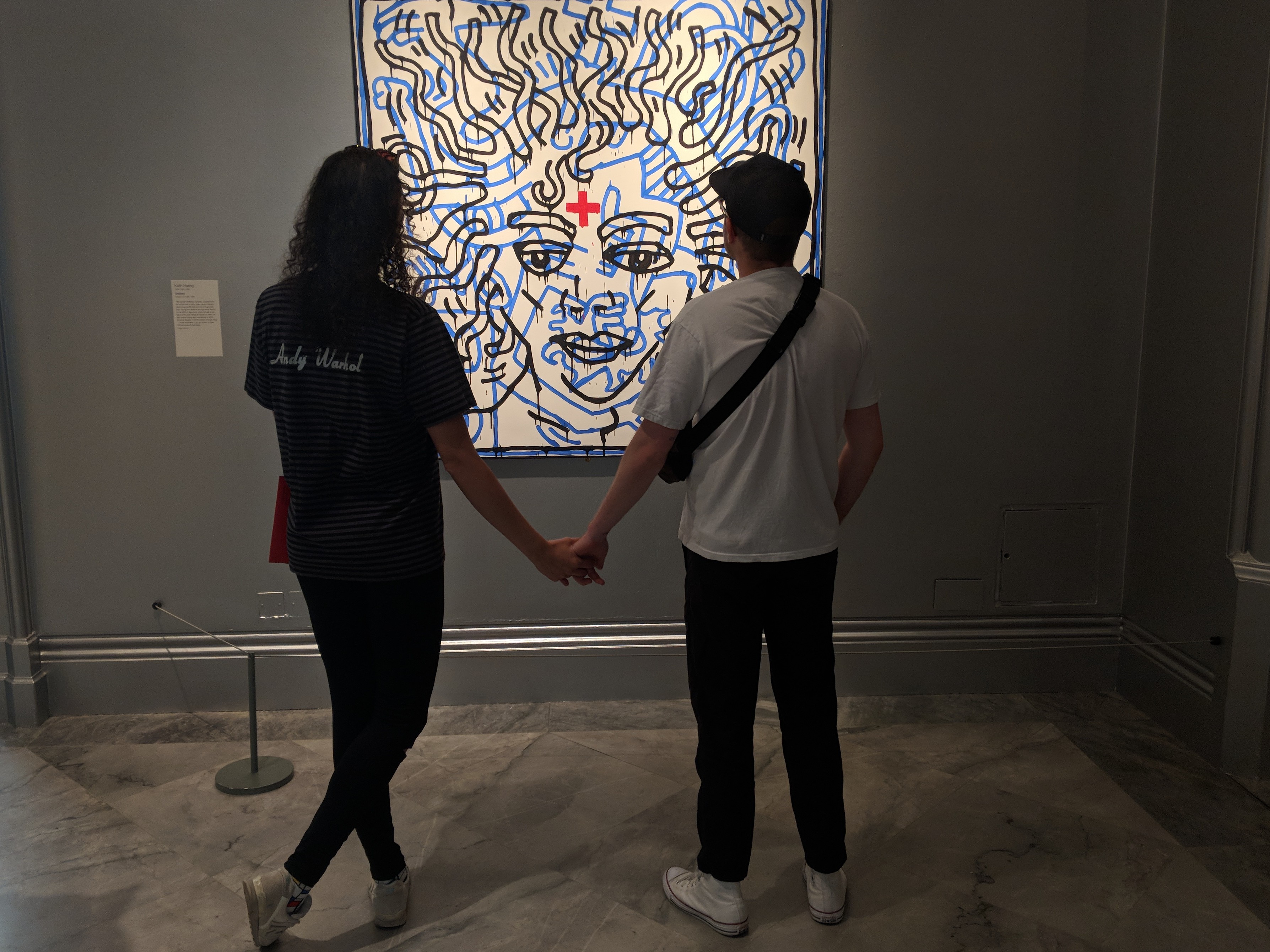 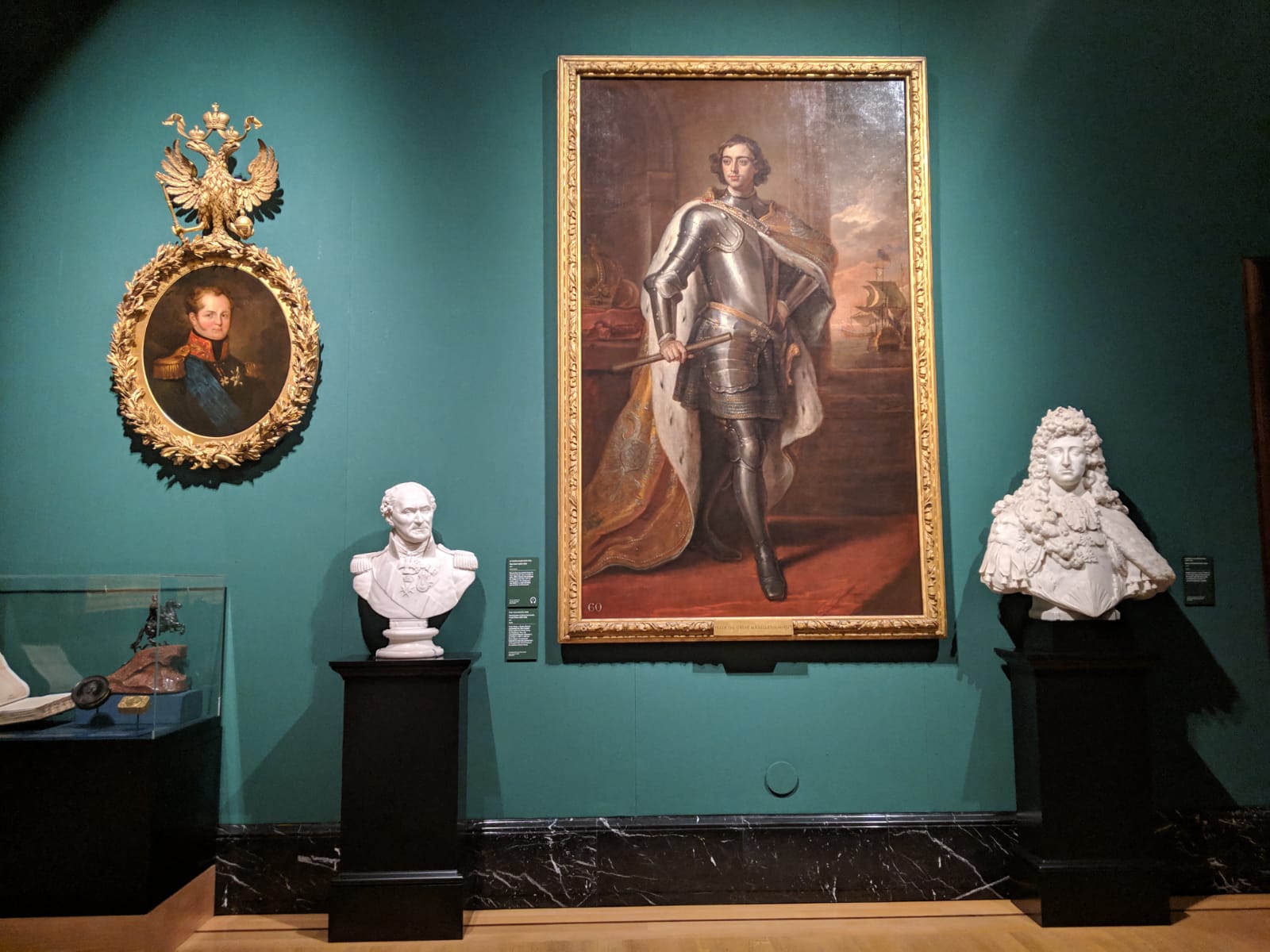